RAPID CITY, S.D. (Sept. 22, 2020) — Feeding cattle is about to get a whole lot easier if Henry Wegehaupt has anything to say about it.

The 2017 South Dakota Mines electrical engineering graduate was recently awarded a $100,000 grant from the United States Department of Agriculture to continue research and development on an automated cattle-feeding system that he began developing while a student at Mines.

At 26, he’s the youngest person to receive a Small Business Innovation Research grant in South Dakota.

“It’s been pretty exciting,” says Wegehaupt. “My focus is to support the small family farms here in the United States. Help them remain competitive.”

The initial grant funds eight months of continued research and development for Wegehaupt’s business, Provender Technologies, with the opportunity to receive more funding if his work proves successful.

Wegehaupt grew up on a beef cattle ranch near Dimock, SD. He learned early on just how labor and time-intensive the business of agriculture is, especially feeding livestock.

He chose engineering and South Dakota Mines after a department tour with electrical engineering instructor Scott Rausch. “He’s the reason I went to South Dakota Mines. He had industry experience, and he was so passionate about engineering,” Wegehaupt says. Rausch became a mentor and a teacher to Wegehaupt, who also has two sisters who are Hardrockers.

By the time Wegehaupt was planning for his senior design project, the idea of easing the work for small and mid-size farms and ranches was on his mind. Large commercial operations often have automated systems, but they are outpriced for a smaller operation like most family farms and ranches.

“I started to realize there’s an opportunity here … there’s a need,” he says. “We’ve seen a lot of agriculture technologies come about in the past few years … but there hasn’t been much that’s changed for feeding and raising cattle. It’s the same labor-intensive job.”

He worked on the senior design idea for Provender, getting help from fellow classmates. Eventually, he entered the Shark-Tank style CEO Business Plan competition on campus.

The CEO program pairs students who have solid business ideas with training and professional mentors. After weeks of prep work, each competitor pitches their plan to a panel of business leaders for a chance to win money and business advice. The CEO competition also prepares competitors for the South Dakota Governor’s Giant Vision Business Plan Competition, which Mines students have won for the past six straight years.

Wegehaupt didn’t win the campus CEO competition, but he tied for first in the Student Giant Vision that year and realized that his idea had real merit. “The CEO Business Competition is really where it all started for me,” he says.

Because Wegehaupt is targeting small to mid-size farm and ranch operations, it’s critical he keep his product affordable. Even so, he’s opted to add other elements to the prototype, including improving feed-mixing processes, which increases feed efficiencies and improves the health of the animal. “It’s going to be exciting to see what kind of results we are going to see,” he said.

In addition to hiring contractors who are Mines grads, Wegehaupt says he’s also tapped into the alumni community for advice and help. “South Dakota Mines is where I’ve been getting a lot of help … It’s a big network of brilliant people who are much smarter than I am who have helped me.” He even hired a student from Mines this past summer on a different project.

“Mines prepared me for this,” he says. “You learn to be a problem solver … It all adds up to a great education.”

Wegehaupt has high hopes that he’ll receive funding in the second phase of the grant program, but regardless, he plans to continue with Provender Technologies. “I have plans to keep the business moving forward,” he says. Wegehaupt says he hopes to have a working system by the end of the year. 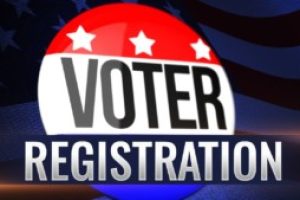 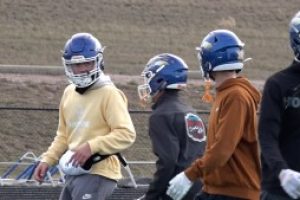 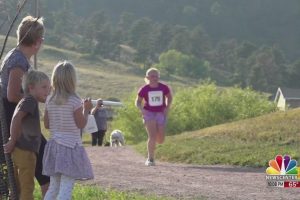