WALL, S.D. — The City of Wall is making big economic plans. Its economic development board is nearing completion of a plan to build a certified industrial park near the airport that would cater to local businesses and ag-related industries.

Lieutenant Governor Larry Rhoden and State Senator Gary Cammack recently met with the city’s economic development team to learn more about the project. The city is seeking certification for the industrial park, which would make it the only certified industrial park in West River South Dakota.

While in Wall, the two, both of whom are ranchers, also toured Wall Meats, which is planning a significant expansion of its own.

Rhoden says the big national meat packing companies can create a choke point in the supply chain, forcing consumer prices up, and the prices ranchers get, down. He says the state government believes local processors are part of the answer.

“We’re looking for opportunities to help our processors expand their operations so we can relieve some of the pressure that can be brought to bear when seeing these types of situations come up,” says Rhoden.

And he and Sen. Cammack believe developing the local economy and strengthening ag-related businesses is a win not only for Wall, but for the ranchers in the area as well.

“If you put money in those rural communities, both in the processing side and the producer side,” says Cammack, “then it’s going to create situations where you have better schools, better shopping, opportunities, everything.”

The Lieutenant Governor adds, “If we can process more of our beef locally, our meat products locally, that only stands to benefit in the short term and long term.”

Rhoden says the state is working on a plan to allow state-inspected meat to be sold across state lines.

Currently, the only South Dakota meat that has been inspected by federal agents who have been certified by the U.S. Department of Agriculture (USDA) is approved for interstate sale. 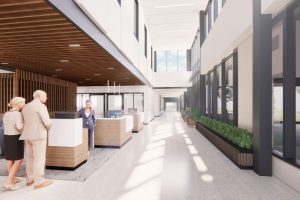 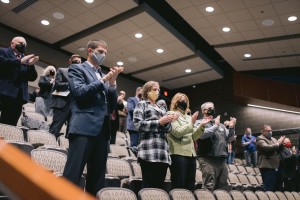 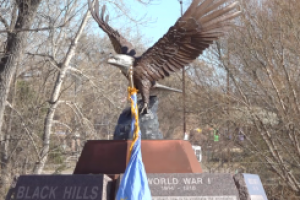