The prestigious Ben Black Elk Award honors an individual who makes outstanding contributions to the state’s visitor industry. This years recipients include Susan Johnson of Deadwood and current Secretary of Tourism Jim Hagen.

Johnson was the first Secretary of the Department of Tourism, and had a huge impact on making the Mickelson Trail possible. She was also involved in making the state slogan, “Great Faces, Great Places.”

“Susan began her career in tourism in 1981 and, for the past 40 years, she has tirelessly served the industry. Her list of accomplishments is long and distinguished, and she’s not done yet,” said Noem.

Hagen received the award for his continued dedication to the industry. He was named National State Tourism Director of the year in 2014, has served on national boards and commissions, and has lead the department’s work to be honored with dozens of national awards. Noem kept Hagen from former Gov. Daugaard’s administration.

“Jim has greatly increased the profile of our state during his run as Secretary of Tourism. He’s elevated the department’s branding to make South Dakota one of the most sought after destinations in America through innovative tactics, cutting edge strategies, and continued use of data,” Noem said of Hagen.

The George S. Mickelson Award was given to Big Thunder Gold Mine in Keystone. The award honors businesses, communities, or organizations that have done an excellent job of customer service and exceeding visitor expectations.

“Big Thunder Gold Mine’s motto is to always look at the positive and make every day something you will always remember,” said Noem. “Their hospitality and passion for the industry radiates throughout their surrounding communities and the people they serve.”

Rush Mountain Adventure Park in Keystone and Prairie Berry Winery/Miner Brewing Company of Hill City and Sioux Falls received the Peter Norbeck Excellence in Tourism Industry Innovation Award. The award is given to an industry partner for their innovative thinking in making their destination, business, or attraction even more appealing to visitors.

“Both of these businesses have grown into incredible tourism attractions in South Dakota, all while providing top-notch customer service and new and varied experiences for visitors of all ages to enjoy,” said Noem.

Lindsey Myers of Visit Rapid City received a Ruth Ziolkowski Outstanding Hospitality and Customer Service Award. The award is given annually to four industry members who represent a region of the state. It recognizes those who provide remarkable service to visitors and whose work demonstrates an outstanding spirit of hospitality.

“South Dakota is known for warm and welcoming hospitality, and it’s folks like these that have given our state that reputation,” said Noem. “Their heart, passion and commitment to service don’t go unnoticed, and I am thankful for their tireless work.”

Governor Noem also noted that the success of the tourism industry is not possible without the extraordinary efforts of every person working in it. The South Dakota Department of Tourism is comprised of Tourism and the South Dakota Arts Council, and is led by Secretary James D. Hagen. 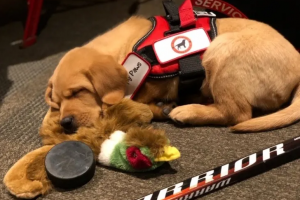 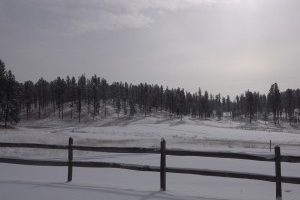