We have a very, very busy forecast over the next 3-5 days, so lets start with Saturday and work our way through the timeline… piece by piece… region by region. This is HIGHLY curious meteorological event – but it’s not a dire one. Let’s break it down.

I’ve received several messages, of concerned residents about this upcoming system. “…. this feels alot like Atlas…” – I’m here to assure you, without a shred of doubt, that this won’t be anything close to an Atlas event. We may not even see winter weather advisories out of this event, let alone a winter storm warnings. This isn’t even in the same universe of discussion.

Now, having said that, I won’t ever admonish or disparage any person asking me if we’re looking at an Atlas-type event back in 2013. We’re talking about a horrible event – something that ruined lives and had impacts that still echo even 7 years later. Even if I have to assure a thousand people every single time there’s snow in the forecast that this isn’t Atlas – I’m ok with that. Atlas was a traumatizing event for many, and to ask the question is prudent and acceptable. We have to realize however, what a biblical event we’re talking about here. There’s a good chance all of us will live our entire lives and never see anything like that ever again – possibly even our children’s lives – and that’s great news.

We are in a very sensitive time of the year – there’s lots of financial impacts to a significant early snowfall, early frost, you name it – so we’ll be sure to stay up to date with these upcoming systems through Halloween and Thanksgiving. We have a strong hurricane system already in the works, with La Nina setting up in the Pacific Ocean. Dusting off the record books, we find that years with La Nina and strong hurricane seasons have traditionally led to colder, wetter winters for the Northern Plains. Traditionally speaking…. not gospel by any stretch of the imagination.

The BIG story here should be the wonderful, plentiful moisture that we could be receiving out of this system. We need it, we asked for it, we’re getting it. It’ll be cool and blustery for a few days, with even a few inches of snow to brag about to our family members in Texas and Florida – but that’s about it. We’ll keep an eye on the frost potential for Tuesday night into Wednesday – but otherwise we’re talking about a highly curious, high moisture, low impact event.

Now………. if we DO receive any measurable snowfall  in Rapid City on Labor Day… it’ll be the earliest recorded snowfall in recorded history. So… if you’re into the numbers game – this is a game worth watching. Grab the popcorn, grab some fuzzy socks and your favorite blanket – and enjoy.

Stay safe out there. 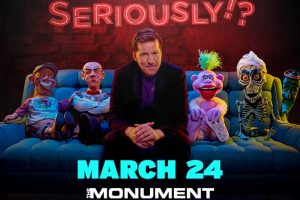 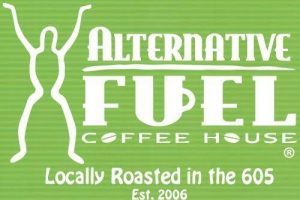 Alternative Fuel: Made in the 605