RAPID CITY, S.D. — Studebakers, Mustangs, Fords and more could be seen at the Rushmore Mall Saturday.

While car shows are popular in the Black Hills, it’s been a few years since a show has been hosted by the mall. The show, which was originally scheduled for March, was canceled five days before it was to take place because of the COVID-19 pandemic. So organizers opted to wait, in hopes conditions would improve.

Taking safety into account, the car show was held outside and cars were spaced, allowing for visitors to distance themselves while enjoying classics.

“These cars are beautiful, they all have a personality,” said show organizer Mark Zaller. “They all have a part of the owner’s personality in it, they’re all different. Every car is beautiful. It doesn’t matter if it’s a rat rod and it’s rusty, or it’s a beautiful car like this that’s been totally restored or hot-roded out.”

Throughout the day, visitors were able to vote for their favorite cars as well. One winner was glad to represent women in a male-dominated hobby. She has been invited to show her truck in California, and has won national titles as well.

“I think it’s a great thing to be one of the few women out here,” said Callie Peterson, the winner of The Best Truck award. “It’s a lot of fun. You get to meet a lot of great people. I actually learned quite a bit about cars that I didn’t know before. Really love being a part of it and being one of the only women; I hope we can grab some more and bring them out here and help join the fun.”

With temperatures in the 100’s, not all vintage cars could handle the heat, so turnout with vehicles wasn’t quite what organizers hoped for, and the show ended a bit earlier than intended, but the hope is to make the car show an annual event. 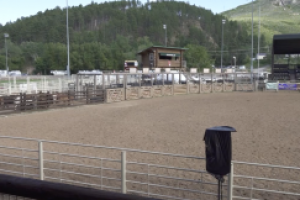 Days of ’76 Rodeo kicks off this week 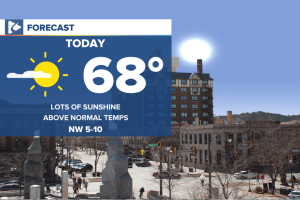 THIS DAY IN WEATHER HISTORY: On at the present time[...] 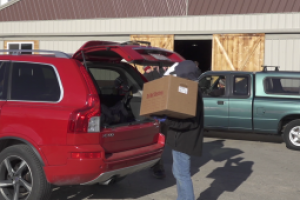