DEADWOOD, S.D. — It was a doggone good time in Outlaw Square Saturday afternoon at the fourth annual K9 Keg Pull. Turnout for the K9 Keg Pull was great, as it also coincided with Deadwoods Snocross event.

Owners and visitors alike were excited to see adorable dogs racing in Outlaw Square, and have an opportunity to have some safe outdoor fun.

“We had a great turn out for this event also. Like we said, Deadwood is a dog-friendly community, and people like to come out and show off their dogs and what they can do. And it’s been a great turnout again this year. It is a gathering place, I mean, even Nugget’s here skating with us,” said Bobby Rock, Director at Outlaw Square.

“It brings a lot of people together with lots of dogs, that’s probably the funnest part about it. There’s dogs from under 10 lbs. I think to well over 100 lbs. I didn’t see any dog fights or anything; they all got along together. And the racing was awesome today, our dog didn’t do so great in the race, but it was very very fun,” said Tom Jones of his dog, Piper.

The races are so popular, they’ve even brought in owners from out of state.

Michael Lord, and his dog, Loki: “I’m from Casper, Wyoming.”

Dominique: “So you came all the way out here for this?”

Lord: “Mostly, and to visit friends. He enjoyed it, and it’s for a good cause. He did really well, we should be in the top few dogs for his weight class.”

Dominique: “Do you see yourself coming back again next year?”

Taylor Ballert, and his dog, Gabby-Lou: “Ever since they got outlaw square here, they’ve been able to move it to this street, which is really nice, they can close off the road and people can go ice skating while they’re watching. And it’s a really nice, cool venue here. So that’s nice.”

Dominique: “So how did Gabby-Lou do today?

Ballert: “Gabby did really good, she actually got to pull a smaller keg than normal. So last year we pulled the biggest of the kegs, but she got to do the half keg this year, so she might’ve been a little bit faster, which was good.”

The keg pull was more than just fun, it was also for a good cause. A portion of the proceeds will be given to the Twin City Animal Shelter. 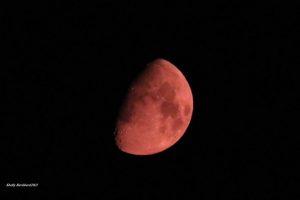 Have photos of the smoke in our area? Send them to us!

Check out this phenomenal shot of the moon Tuesday night[...] 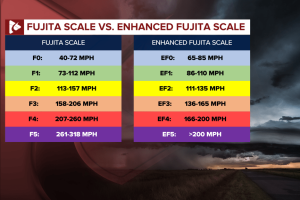 This week in weather historical past: May 4-8,1964 tornado outbreak

I typically say that the Black Hills area, in addition[...] 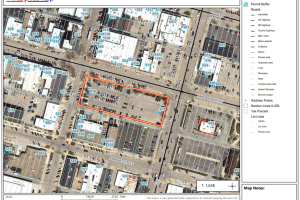 Allender: “Block 5 will be the cornerstone of the new downtown Rapid City”