RAPID CITY, S.D. — Lakes in South Dakota have been packed this summer as folks head outside to social distance. As we continue through the season, one local family along with multiple agencies are passing out safety slogans for boaters hitting the water the remainder of the summer.

Josh Haugen was just 17-years-old when he was in a jet ski accident at Pactola Reservoir.

“He was out playing with some friends, there was an accident and he wasn’t wearing a life jacket and as a result, he drowned,” said Ben Haugen, Josh’s brother.

It happened in 1999 and since then, Josh’s family set out to help prevent similar tragedies from happening again.

“We wanted to take that memory and after 20 years do something really good with it and help out the teams that helped to find Josh after he drowned and are really instrumental in keeping people safe out there,” said Haugen.

In the decades since, his family gathers each year to remember Josh. Last year, that passion evolved to spreading safety reminders from the shore of where they lost their loved one. This coming Saturday, they plan to do the same.

“We really just wanted to do something to help people be aware of the risks of boating and especially at Pactola because it holds a special place in our heart,” said Haugen.

“With Labor Day coming up, there is still a lot of traffic on the water as people get their last hurrah in, their goodbye to summer,” said Lt. Jim Bussell with the Rapid City Fire Department. “We felt this was a great opportunity to get out and share a safety message.”

At the North Boat Ramp at Pactola, from 10 a.m. to 1 p.m., the Haugen’s, the Rapid City Fire Department, and multiple other agencies around the Black Hills will be set up, fundraising for those very agencies and handing out flags and key chains with safety slogans. 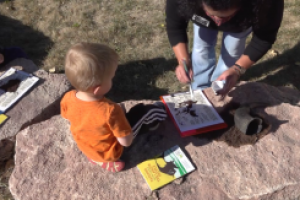 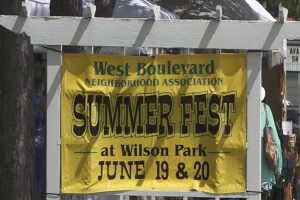 Severe T-Storm Watch is out for portions of South Dakota

From the InformationCenter1 Weather Team: The Storm Prediction Center in[...]