When First Peoples Fund was founded in 1995, its mission was to support Native artists and culture bearers by providing financial awards and entrepreneurial training opportunities to ensure their art forms and creative expressions would continue and thrive.

In 2003, the First Peoples Fund was established as a separate nonprofit headquartered in Rapid City, placing the nationally-oriented organization adjacent to the Pine Ridge Reservation.

While First Peoples Fund was created to serve Indigenous communities throughout the United States, the headquarters’ proximity to the reservation puts the organization in a unique position to address the particular needs of the Pine Ridge community. As the poorest reservation in the United States, unemployment on Pine Ridge hovers between 80 to 85%, with almost half the population living below the federal poverty level.

When it comes to the challenges and successes experienced by Lakota artists on Pine Ridge, studies conducted by First Peoples Fund have found that more than half of Native households on Pine Ridge are engaged in home-based businesses, and 79% of those businesses are in the arts. It also found that 61% of emerging artists have incomes of less than $10,000, but through participation in workshops and trainings, that number can increase significantly.

This is where the concept of the Rolling Rez Arts bus was developed.

“Artists are a major part of our country, our culture, the fabric of our communities.” said Rolling Rez Arts Coordinator Bryan Parker “I think it’s important to support that.”

Rolling Rez Arts functions as many things, from a mobile arts space to a business training center, and even as a mobile bank for residents of the Pine Ridge Reservation. Officially launched in 2016 by First Peoples Fund and Artspace, along with Lakota Funds, Lakota Federal Credit Union and other nonprofit partners and supporters, Rolling Rez Arts delivers art, business, retail and banking services that were previously inaccessible to many of the artists and culture bearers who live and work on Pine Ridge.

“I know that it’s helped individuals financially, for the better,” said Bryan Parker, “Whether it’s to purchase a car, or help get them supplies, to do bigger art pieces that are more gallery-ready… Into a bigger art market either in state or out-of-state.”

The Rolling Rez Arts is one part of a larger plan to serve the cultural needs of the reservation. The next phase of the plan is the Oglala Lakota Arts Center, currently under construction on the reservation in Kyle, South Dakota.

When completed, the Oglala Lakota Artspace facility will serve as a centrally located, fixed structure where Native artists can have access to studio space, computers for digital work, electronic marketplace access, classroom and gallery space, and a hub to establish connections with other arts and cultural activities and institutions on Pine Ridge, in Rapid City and across Western South Dakota.

Along with all the planned features, the Arts Center will serve to fill in the gaps where the community’s needs for arts education haven’t been met.

“One of our main targets is to work with middle school and high school (students), but also there are satellite colleges of the Oglala Lakota College on Pine Ridge,” explained Bryan Parker.

With the Oglala Lakota College main campus located across the street, the Arts Center can serve as an adjunct studio for students without studio space. Even with infrastructural needs met, youth who are in school and artists who are trying to take their career more professionally often don’t have to ability to travel the distances required.

“There’s still a challenge with people attending, not because they’re not interested, but because the distance is so great from community to community” explained Parker.

The hope is that they can alleviate challenges of this nature through programs like travel vouchers for people who are attending the classes. Additionally, the Artspace is considering the possibility of artist residencies in partnership with the Prairie Ranch Motel in Kyle.

When asked about the future relationship between contemporary media and traditional artforms like beadwork and quilt making in the Lakota community, Parker was optimistic.

“The younger people are more inspired by contemporary art.  There’s definitely a big interest in filmmaking, photography and music,” he said, “But, since the Lakota culture is so rich, those things (traditional arts) are already being taught at home from family members and within their own communities, it’s not a struggle to get the youth participating.”

It is through combining traditional and modern elements that the Oglala Lakota Artspace intends to reflect the artistry of the community while it serves to develop a sustainable and vibrant reservation-based creative economy. 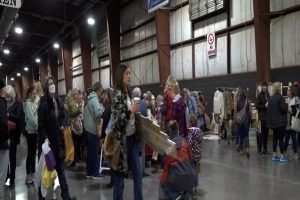 RAPID CITY, S.D. — If you’re anything like NewsCenter1’s Colton Hall, a true procrastinator, chances are you’ve waited until now to do your Christmas shopping.… 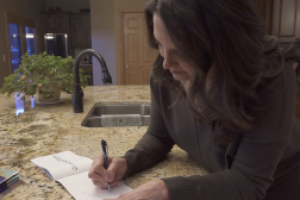 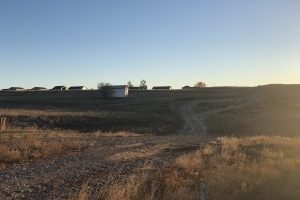 RAPID CITY, S.D. — Ground was broken Thursday morning at the[...]