DEADWOOD, S.D. — Deadwood is known for its history. The stories that shaped the town are passed through the decades and take shape on the streets and in the homes.

The ‘Thistle House” is home to Lynn Namminga. He’s an antique enthusiast who loves stained glass and the stories they tell.

Just around the corner from the Adam’s House in Deadwood is a home named for thistles, but inside you’ll find more than just the prickly plant. Colors bounding from wall to wall as the light shines through stained glass. The pieces dating back centuries.

Namminga retired from teaching in Des Moines, Iowa at 55 and set out for Deadwood. Over the next decade, he completely rebuilt his house.

“I spent ten full years working on it,” said Namminga. “There’s not one inch of this house I haven’t had my hands on.”

But throughout the house, stained glass pieces line the windows, filtering light of every color. Sitting in his front window are two particular panels dating back to the 1870s that were built into an old pioneer’s home.

After World War II, many flocked to Deadwood in pursuit of work, but the accommodate the demand, houses were bought up and turned into apartments, just like one house down the road called the “Treber House”.

“I told the guy that owned it, I said ‘They were all just young, miner guys right out of the war and they’re going to ruin this stuff’,” said Namminga. “He agreed and I felt kind of bad about it, but he sold me these two windows.”

But like the two windows, each piece adorning the doors, windows, and walls has a story, along with the endless amount of antiques collected and set throughout his home. 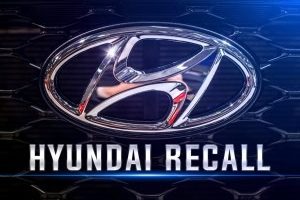 DETROIT (AP) — Hyundai and Kia are recalling more than[...] 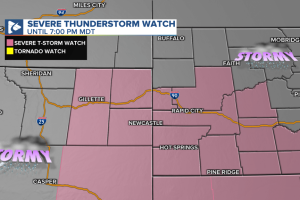 ⚡ HEADS UP: Severe Thunderstorm Watch is in effect until 7:00 PM MDT ⚡

From the NewsCenter1 Weather Team: A Severe Thunderstorm Watch is[...] 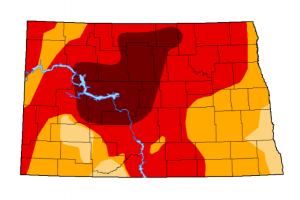