Life of addiction turned hopeful with help from community resources

RAPID CITY, S.D. — “Once you start taking opioids though, they kinda of grab a hold of you and they don’t let you go,” said Francis Kaufman, a father and recovering addict. “You end up partying at first and then you take them just to feel normal and to be able to function.”

The Kaufman’s moved around a lot, trying to escape their addictions, thinking that would solve their problems. They would get sober for a while, then fall back in the trap of using. This became their new normal.

“We were hurting ourselves, our children, our livelihoods and we didn’t know how to cope with that, so the only way we knew how to cope with that was to stuff this hole full of more drugs and alcohol and it just got worse and worse,” said Andrea Kaufman, also a recovering addict and the wife of Francis.

The lifestyle they had chosen was creating problems for their three children.

“While we were all moving and everything, I was getting more depressed and more angry and I always want to fight people and everything all the time and my escape towards that was always getting outdoors,” said the Kaufman’s son, Jaden.

When Jaden was in sixth grade, he was fed up with this parent’s way of life and took their box of drugs to school with him to tell authorities.

“He saved our lives,” Andrea said. “I think that happens a lot with addict parents; you want help but you don’t know how to reach out for it, or you are so sucked in that you just can’t get out of it until you hit a rock bottom and maybe you hit another rock bottom and another one. It’s just a vicious cycle and it’s not until you finally have a stable environment with a good 12-step-program and Big Brothers/Big Sisters who helped us navigate with Jaden what to do and how to handle it.”

The couple was put behind bars and the kids were in and out of foster care and staying with other family members.

An educator suggested Jaden get into the Big Brothers Big Sisters of the Black Hills program. After attending a few outings, he was matched with John, his mentor in the South Dakota Youth Hunting Adventures Program. For the last two years, John has taught him life lessons and how to hunt. Jaden says he feels understood by John and that venturing with him and talking with him has helped the healing process.

In the SDYHA program, Littles are matched with Bigs and experience lifelong enthusiasm and respect for the outdoors and hunting. They are taught hunter safety, ethics, and wildlife conservation.

“John kind of helped me out of the dark side, slowly and happy that he did that for me and I love that guy – he’s awesome,” Jaden said.

After hitting many rock bottoms over the last 20 years together, the Kaufmans are celebrating almost four years of sobriety and thank many entities in the community that have contributed to their success.

“It’s a hard pill to swallow to say- yeah, we did this and now we need to learn how to fix it together,” Andrea said. “Our church, the 12 step program, Big Brothers Big Sisters, I mean, it’s been a village that has helped us become productive members of society.”

Francis was the first graduate of the Pennington County Drug Court. The couple says as recovering addicts they take each day as it comes and hope their story can inspire others to reach out for help with addiction.

The Kaufmans both work at Coca-Cola. Jaden plans on joining the Marines after High School graduation. 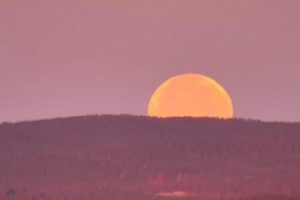 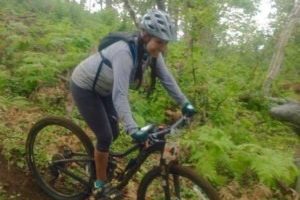 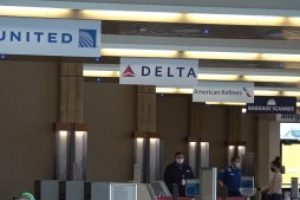