On top of daily calls for service, the Minnehaha County Sheriff’s Office faces the challenge of organizing diverse community engagement opportunities that help them get to know those they serve outside the bounds of crime or crisis.

“We gathered a lot of intel from our own deputies because we know our officers are out there, not just, obviously enforcing the law and going to call for services, but we’re human too, and we like the positive reinforcement and the community building. And that’s why, honestly, the core of us get into this profession.”

Munkvold says that there were a couple of ideas that they were able to implement right away and have been incredibly popular is Drawing with Deputies at Daycares and Coffee with a Cop.

However, Munkvold explains that she is most proud of the program Christmas with Deputies.

“What we did is they got to go shopping. Each kiddo got, you know, about 80 dollars to go and shop with a cop. But it was all deputies. I mean, our county sheriff’s office. On top of that, what we did is the adults also got to do that. So it was really neat because obviously adults wanted to, you know, well, this and that — nope. No, this is for you. What do you want to buy? Because, you know, parents are always giving and we have great parents in our community, but we wanted them to be celebrated, too.”

Munkvold also gives reasons why it is important to build these kids up before they are in a vulnerable situation.

“One is just, in the future if they’re ever in need, we want them to trust us. And we want them to know that whatever society may embody or give them, feed them about law enforcement, that they have their own vision of us and that they have the ability to really get to know us and know us as people. Because that’s what we want to do is know them as people and not just of someone in need. So, I would say that building our youth now and being able to mentor them so that they can rely on us is huge as to not seeing them later on on the other side of the of the law.”

The Community Engagement Committee is something that you’ve recently started to initiate and really get some momentum with. So can you tell me more about it?

He says, “Within the last year we had a lot of interest from deputies that wanted to do more for the community, wanted to organize some events that they could participate in. But mostly what they wanted to do was be at the events that the community already was putting on. There was a lot of interest throughout our ranks, whether it was night shift or day shift, but the patrol division primarily kind of grabbed the torch and ran with it. Now that committee has set up some special events as well as has more of a presence within our community at their events.”

Although a lot of times people will only see a deputy in a crisis, is it important for the community to see deputies and other members of the sheriff’s office in a different light.

Zishka continues, “I think it’s very important because all the deputies, they all have their own lives. They all have their own families. They all have their own set of personal circumstances. And that’s why it’s important to get to know the communities that they work and live in. We’re more than just the badge, we’re more than just taking people to jail. One of the nice things about the sheriff’s office is that we’re able to mediate through a lot of problems. So instead of, you know, making a quick decision, we’re able to take the time with the members of the community, with the people that might be in crisis, and try to solve some of those problems.”

Zishka’s job is not without its rewards. He shares about some things that bring a smile to his face.

“So from citizens sending us a picture of one of our deputies playing basketball in a park with some of the kids, to thank you letters we get in the community where maybe a deputy had an impact on a student’s life. I think our School Resource Office (SRO) program is something that really shines within the sheriff’s office. We have five SROs in all of our major schools in Minnehaha County and in a lot of our cities. And they’re kind of our frontline deputies. They’re the deputies that everybody knows that everybody gets to know. And that’s where I get the most of the feedback is saying, ‘Hey, your deputy talked to my kid about this specific issue, that specific issue, and really helped them through a hard time.” 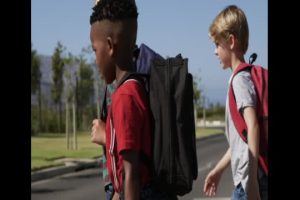