Move in day for vendors at the Black Hills Stock Show

RAPID CITY, S.D. — The Rushmore Plaza Civic center was filled with vendors moving in ahead of the Black Hills Stock Show.

Amid a season of cancellations and disappointments, many say the event is a much-needed boost. It was exciting, as for many vendors, it was the first show in nearly a year. Most stock shows and rodeos across the country were cancelled, leaving vendors to fend for themselves.

“It’s hit or miss sometimes,” said owner of Glam Gringa, Taynger Borninkhof. “But um, so yeah, we’re really excited to have this show and have the opportunity to be able to set up.”

“So I did the South Dakota State Fair and one other show in South Dakota, and the Rapid City last year,” said owner of Designs by Susan, Susan Schale. “That was the only three I was able to do. All were very very good for me, so thankful for that. It definitely held me over for sure, yes, but it’s nothing like we usually do, so I‘m just thankful to be here.”

“We’ve got inventory just sitting, and it’s not doing us any good if we can get it out there and sell it,” said Steamboat Ranchwear representative, Jackie Lazor.

Some businesses moved to online services and were able to sustain themselves through the year, but are still excited for the opportunity to get out.

“Our internet’s gotten to be a bigger part of our business, and it’s been really good,” said Teskeys representative, Jeff Hartong. “But, we anticipate this just to be, honestly I think it’s gonna be one of the bigger stock shows that we’ll ever see.”

For others, cancellations made Rapid City an attractive vendor destination. Long time vendor and owner of Wild Wire West, Mark Brown says the last four years or so he has missed the stock show as business was booming and more convenient for him in others cities and his home-state, Texas. This year he said the year was particularly rough as the Houston Livestock Show, was cancelled six days in.

“The worst thing was the kids that lost their opportunity to show their animal after working all year, to get to that stage, and there was kids crying, in the restrooms,” said Brown. “Their hearts were broken because of the cancellation in Houston. So, we didn’t work for nine months like many other people. Imagine trying to pay your mortgage and your kids tuition, and car payments, house payments, all that stuff, without any work. It’s truly difficult.”

Brown said realized how fortunate he is, and says many west coast vendors still haven’t had the opportunity to work. 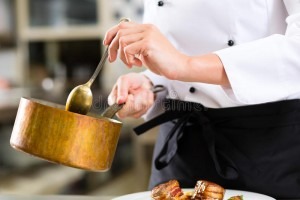 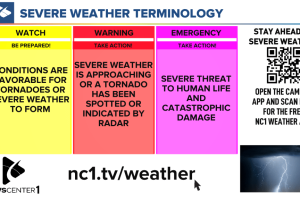 RAPID CITY, S.D. — The YMCA of Rapid City will be kicking off the summer with annual Healthy Kids Day on Friday, April 29 with… 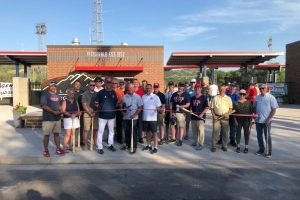