RAPID CITY, S.D. — As we are now in the week of Christmas, the fact remains that some may not be celebrating as much this year due to the loss of a loved one.

The O’Connors, a Rapid City family, are choosing to give back in the name of their daughter who passed away last year just nine days after Christmas.

The O’Connors reminisce on memories of their beloved daughter and sister, Jessalyn. They refer to her as a “miracle baby” because neither of them thought they could conceive due to medical reasons. Chae was considered high risk for pregnancy and was put on bed rest for four months before she gave birth to Jessalyn on March 21, 2019.

Lorrin and Chae O’Connor, Jessalyn’s parents, say, “She was the best baby ever; she didn’t cry about anything – when she was hungry – that was it. She could light up any room she went into – everybody loved her. She was our everything, this whole family’s everything.”

One day, out of the blue, Jessalyn began vomiting. She was checked out and nothing major was suspected. Within 12 hours, however, she was gone. She unknowingly had a condition called hypertrophic cardiomyopathy – when the heart can enlarge from a number of different causes. In children, the most common reason is some form of congenital heart defect.

Chae says, “There was nothing they could have done.”

She passed away nine days after Christmas in 2019 at just nine-and-a-half months old.

Time went on – in slow motion – for the family. They opted to donate part of her heart and tissue to others in need.

“And so far the donation has helped so many people, we get cards and letters all the time about different people that it has benefited,” Chae added.

As the holidays approached, Chae got the idea to give back to others in need, especially to a girl who would be their daughters’ age.

She posted to offer to the Facebook page Black Hills Cup of Sugar.

“I mean it was just amazing the amount of people who commented and show support,” says Chae.

A handful of families wanted to be a part of the giving and receiving, so the family plans on donating gifts to the families who commented on the post.

The act of kindness is a part of the healing process for the O’Connors, who want to make Christmas brighter for a families in need, in memory of Jessalyn.

Chae adds, “It was such a great time for us and it was our first Christmas with her as well, so I mean there were a lot of memories that went into that. In order for it to kind of make our Christmas happier, we chose it to do then, because the holidays are hard enough as it is.”

The family is celebrating a new life this year, their second baby together, Jessalyn’s brother, Arias.

“I feel like basically that she [Jessalyn] was telling me to be strong and gave me a reason that I had to be,” Chae said.

pictured above is Ian, Jessalyn, Kaylee and Riley, Christmas 2019

Her other brothers and sister include, Riley, Kaylee, and Ian, along with 3 month old Arias. 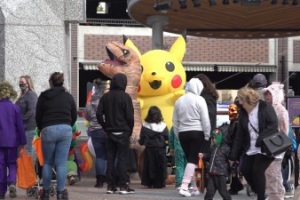 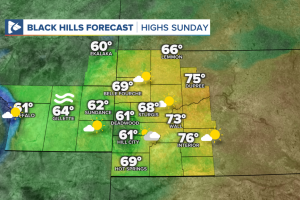 Wanblee Mart sold to RF Buche, who will take over on April 28