It’s usually an annual event, but last year’s was canceled, making it even more vital to find people to help the effort.

The event is part of the city-wide Clean-Up Week activities and features hundreds of volunteers who take garbage bags and pick up garbage while combing through city parks, ditches, drainage areas, fence lines and neighborhoods.

This is the 50th year for the event, and also features “Trash To Treasures,” which re-uses what some people throw out. To take part in the Trash To Treasures program, you’re encouraged to bring and pick up slightly used items like bicycles and other items from the Landfill’s Recycling Transfer station from 8 a.m. to 4 p.m. on Saturday, April 24.

This helps to create excitement and encourage residents to bring items to the city’s landfill for free.

“It’s just bringing everything full-circle, so we’re taking care of the community, we’re coming at it together as a community for these public lands and making the city beautiful again. At the same time, you’re doing that same thing to your property,” said Jancie Knight, the Project Manager of Solid Waste for the City of Rapid City.

Freon-based appliances are not accepted at the Landfill and there is a fee for the disposal of tires.

Items that won’t be accepted include:

A Hazardous Waste Cleanup Day will be help later this fall, but no date has been set at this time as Solid Waste officials are finalizing details. The event was suspended last year due to the pandemic as well.

Clean-up week runs from April 19 through April 24 and if you’re interested in participating, send an email to Ria Harper at Ria.Harper@rcgov.org.

For more information about Clean-Up Week and Trash to Treasures Day, contact the Rapid City Solid Waste Division at (605) 355-3496. 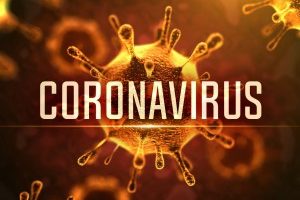 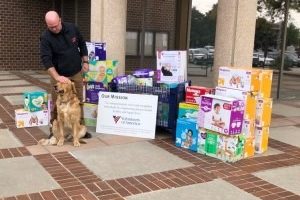 RAPID CITY, S.D. — Volunteers of America was overwhelmed with[...]