RAPID CITY, S.D. — Biking has been growing in the Rapid City area, not to mention in the Black Hills.

With the growing mode of transportation, Rapid City is under consideration by the League of American Bicyclists as being seen as a Bicycle Friendly Community.

A survey by the organization aims to get feedback from bicyclers in the area.

“We’re looking to validate all the improvements we’ve done over the years and make sure we’re going in the right direction and the bicycle friendly community designation would also do that, and second, it’s really a good marketing tool for the community,” said Kip Harrington, a Long Range Planner with the City of Rapid City. “People that like to ride bikes like to go places where they can ride bikes and that Bicycle Friendly community will allow us to reach out to those people and let them know that this is a great place to go and have some recreation.”

Harrington says that the city is in the works of starting construction on a Transportation Alternatives Program or (TAP) Grant project. This is a funding source through the South Dakota Department of Transportation for a variety of non-motorized projects.

The city was awarded the grant in 2014 for a project that will connect sidewalks and bike paths to Western Dakota Tech. He says that the natural feedback from the community over the years shows the need for more bike lanes around the city.

As the project developed, Harrington said that the city ran into issues with terrain and crossing private property, which stalled the construction.

The project will run along the north side of East Omaha Street from La Crosse Street east to Covington Street. The path was re-routed by the city at the intersection of Cambell and Omaha, which was allowed to be funded by using the funds to construct the side path. Construction is slated to begin in 2022 by SDDOT.

You can view a map of the project below.

Although there are some areas, like Canyon Lake Drive with bike lanes, he says more are needed in areas that used more frequented by cyclists either recreationally or  as a way to get to work.

This concern is reiterated through Acme Bikes owner, Tim Rangitsch, who says that after 22 seasons of being in business, more commuters are finding their way around.

“Definitely we’ve noticed more and more riders, really the growth has been more of the recreational stuff,” Rangitsch said. “Mountain biking, fat biking, riding the Mickelson Trail all these great things we have in the area, but there are more and more commuters getting around.”

Part of fixing any problem is admitting that there is one and then making the correction. In other words, if you have questions or concerns, submit them to the survey. 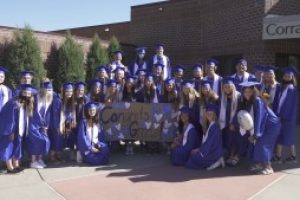 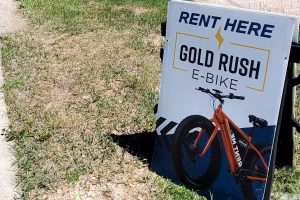 Stocks are ticking greater Thursday and constructing on their winning[...]