RAPID CITY, S.D. — On Tuesday, a public hearing was held by the members of the Rapid City Regional Airport to show the public plans and alternatives for a new Wastewater Treatment System.

The hearing was held at the Rushmore Plaza Civic Center in Rushmore Hall H and concluded with an open house that was centered around answering the public’s questions.

The Airport was in conjunction with members of the Federal Aviation Administration and the South Dakota Department of Transportation.

The current project is focusing on replacing the current wastewater treatment lagoon. An Environmental Assessment is about to be conclude that is being conducted by KLJ Engineering, who will look into three total different options for the Airport.

The first alternative, (Alternative A) is a no-action alternative. This means that the Airport would continue the use of its current wastewater lagoon that’s located on the Airport’s property.

About a year ago, the Airport was caught dumping over 74,000 gallons of sewage on the northern part of its property without the proper permit. The Airport has since obtained the correct permit, but the original problem of the current system remains.

The current wastewater lagoon was built in the 1960s and based on the estimated average levels of daily flows coming from the airport, it is not big enough to retain all the wastewater until it has evaporated away. Due to the fact that it’s not big enough, the remaining discharge of water goes through the emergency outlet pipe that flows into drainage that leads to Rapid Creek.

Due to the condition of the current system, it would have to be replaced.

Alternative B is the construction of an aerated lagoon system that would be located near the existing lagoon. The new lagoon would be an excavated cell that’s surrounded by earth dikes.

In order to prevent seepage due to an increased amount of wastewater, the lagoon would be lined with high density Polypropylene or (HDPE).

According to Curt Cady, an Environmental Planner with KLJ Engineering, the estimated cost of Alternative B is about $1.1 million. However, with this option the Airport must provide a licensed operator and will have to pay for the additional expense of operating the aerated equipment.

This option, with the added costs of the Airport running the facilities, would come to roughly the same cost as combining the new wastewater treatment system with the Rapid City’s water treatment plant.

In this alternative, the current lagoon would be eliminated and it would be replaced with a “Gravity Main” that would carry all the wastewater from the current Airport collection system to a lift station, located to the south along the Airport access road.

There are two different options for locations for lift stations in Alternative C. One moving the wastewater to the west into the Rapid City Collection System (Option 1) and one near the intersection of Highway 44 and Airport Road (Option 2).

Option two, the Airport’s preferred option, would cost about $1.9 million, but the Airport would not have to do any testing of the wastewater.

“As we look at the Sewer Pipe as a higher cost initial alternative, we’re not having to deal with the wastewater treatment,” said Patrick Dame, the Executive Director of the Rapid City Regional Airport. “So based on that, the airport board took the opinion that the preferred alternative would be to go with the sewer line and get it over at the sewer treatment plant.”

Dame also said that about 51 percent of the funding would come from Federal Aviation funds while the remaining expense would be paid for with Airport Funds.

Concrete surfacing and security fencing would also be constructed around the lift stations.

The main concerns surrounding the public was the fiduciary responsibility of the Airport to be able to fund a project that could impact landowners and developers.

Additional questions and comments can be sent to Cady at Curt.Cady@kljeng.com with the subject line “RAP PUBLIC HEARING”. 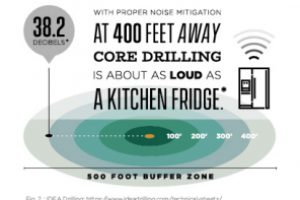 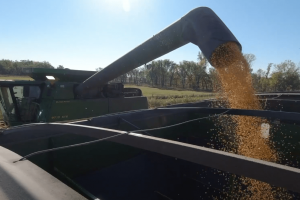 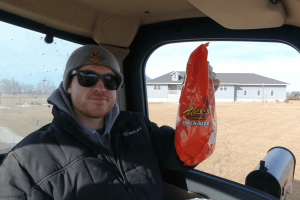