Rushmore Lions Club Nature Park gets back to nature

Across Chapel Lane from Canyon Lake Park is Rushmore Lions Club Nature Park. Dick Tupper, a member of the Rushmore Lions Club was the one that started the ball rolling to bring this park to fruition. Absent from this park are swing sets, slides, and shelters. What is not missing is nature, the beauty of God’s creation.

Tupper explains how the Rushmore Lions Club acquired the land for the park.

“We’d lived in Rapid City about 42 years now. And for about 20 years. I drove by and I said, “Hey, that’s after the flood. That should be something done with the park.’ I got together with our Rushmore Club, we decided to make it into a nature park, but we had to find out who owned the land. And after the flood, essentially the city and the county bought all the lots except for one lot, except for one piece of the puzzle. And that belonged to a gal near Yankton. So I called her up and I said, ‘Hey, we want to make a natural park. They have all the lots except for the one you own. And she said, Well, she said, I got to think about it for a while. I got to talk to my attorney.”

Tupper’s initial reaction was ‘whoops, this isn’t going to be easy.”

Tupper continues, “So I waited for about two weeks and she didn’t call me back. So I was with the people in the Parks Department. I said, we got to call her and see what’s going on. So we called her and she says, ‘Well, she says, this conversation isn’t going to last very long.’ I thought, Oh, wow, what’s going to happen here? She said, ‘You know, if you just have your attorney send me a quit claim deed, I’ll give it to you.’ And I just about fell off the chair.” 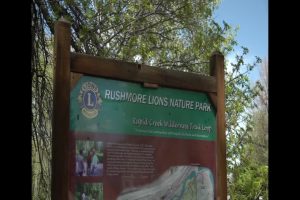