“South Dakota’s farmers, ranchers and landowners know their land better than anyone else,” said Rounds. “They’re on the frontlines of conservation efforts to make certain our natural resources are available for future generations. They don’t need the heavy-hand of government interfering with their ability to use and manage their own land.”

“Over the last few years, we’ve worked with South Dakotans who are facing arbitrary and -sometimes – what appears to be punitive penalties from the NRCS. In South Dakota, we know that the NRCS has made retroactive wetland determinations, levied large and unfair monetary fines and the landowner has little or no recourse. The reforms I’ve introduced modify some of the NRCS’s compliance rules in a manner that works with landowners, gives them more control over their land and removes unnecessary, often unfair barriers and penalties.”

“The NRCS was created to work with farmers and ranchers to help them improve, protect and conserve their land and natural resources. Over time, it has veered far from that core mission, morphing into an overreaching agency that makes important, heavy-handed decisions about South Dakota producers land using questionable methods and rationale. This has led to an increase in farmers and ranchers in South Dakota and across the country increasingly battling the NRCS on wetland determinations.”

South Dakota Farm Bureau President Scott VanderWal said, “The NRCS has a well-documented history in South Dakota of denying due process and taking a heavy-handed approach with our farmers. I thank Senator Rounds for introducing NRCS compliance reform legislation, which will put our farmers and landowners on a more equal footing when it comes to making wetland determinations. An overhaul of the NRCS appeals and determination process is long overdue.”

Once considered wasteland, wetlands were often drained so farmers could plant crops. Growing concern over the loss and appreciation of the value of wetlands in the ecological system led Congress to take action to protect wetlands in the 1985 farm bill.

According to Sen. Rounds, over the years, bureaucrats have veered from the intent of wetland protection laws, forcing farmers to battle with the federal government on NRCS compliance. Because penalties from violating NRCS compliance rules can lead to the loss of USDA services and assistance for farmers, it is vitally important that the NRCS compliance rules are fair, reasonable and within congressional intent.

· Put the burden of proof on the NRCS to prove a compliance violation – not the landowner to prove his or her innocence.

· Require the USDA to develop an appeals process for redetermination requests not accepted by the state NRCS. This includes the right of a person to conduct an on-site visit for the redetermination.

· Require USDA to establish oversight committees in each state that will oversee the appeals of wetland determinations.

· Reform the regulatory process so that NRCS must go through a notice and public comment period for conservation compliance regulations, banning the use of interim rulemaking.

· Prevent the NRCS from using one-time on-site observations to satisfy the hydraulic criteria for determinations, which can lead to a high-risk of false positives.

· Make changes to the NRCS’s appeals process, including: 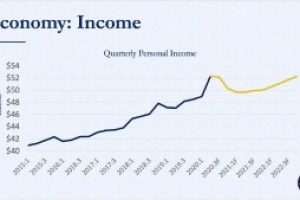