Travis Ugland, an Army veteran from Rapid City, is one of the many heroes being honored with a banner in Downtown Rapid City. Ugland shared the unique story of his time in the service and the challenges he faced after being medically chaptered.

“It was near September 11th when I was stationed at Fort Stewart, Georgia when the towers were struck,” said Ugland. “That changed a lot of things. It took almost a full year after the attack, before we actually mobilized and the third Mechanized Infantry Division, which I was stationed in, was first up to roll out. We were the first in the country. And actually my unit, when they prepared to leave, my bags were on the plane. We were leaving, and my command, you know, pulled me off the plane. And I, as a private, assumed I had some kind of a detail. Unbeknownst to me, I was actually being medically chaptered. I had torn up my knee months prior, and they had made the decision before we deployed to medically chapter me and send me home. I assumed I had some kind of detail or something I had to do as a private. I didn’t realize at the time that was the last time I’d see a lot of my friends.”

According to Ugland, he had become very close to many of his colleagues during training, and he was unable to contact them after being medically chaptered.

“When you train, especially when you train for combat, which we did— we had several rotations to the National Training Center in California and just our regular training locally in Savannah, Georgia— you get really close to people and you realize when you train to fight together, doesn’t matter their background or ethnicity either. It doesn’t matter who’s behind you— it’s they’ve got your back and you’ve got theirs. And that was actually the last time I saw them on the plane. I didn’t realize that would be the last time I saw them for many, many years. There was no way to contact them at the time. And that was, oh jeez, end of 2002 that we actually mobilized. And when we did so, we weren’t using email very commonly. A lot of our friends, we didn’t have a lot of background on their families or how to track them down. We were just together all the time. And so, when I came home at the end of 2003, I actually had no contact with anyone that I served with.”

Ugland dealt with survivor’s guilt when he heard of the lives lost during the battles he was set to fight in.

“I later found out that I actually had seven brothers, battle buddies, that I actually had lost to improvised explosive devices, a few to other accidents, and even one to suicide,” said Ugland. “I realize I would have been in the vehicle with any one of them given at different times, and I realize they also had families and children and I really, I burden myself a lot, and it was really heavy on my heart to realize that if I had I not been pulled off that plane, that they might be alive.”

According to Ugland, it took time, counseling and medication to work through the pain of losing so many of his colleagues. Fortunately, after a couple years, he was able to reconnect with much of his company.

“It took a year and a half of counseling, medication, and just a lot of treatment, to kind of work through some of that that guilt and to realize that it didn’t really change the outcome. And in that same time frame, actually towards the end of my counseling, which is the reason I stopped going to counseling, was I actually was contacted by a few members that I served with. Some of my battle buddies actually reached out to me. And once I friended a few of them on Facebook, we had other common friends that we also served with, and I found the majority of my entire company, which was pretty amazing. Even my old commander. And once I was able to reach out to them and I made contact, they all reassured me that that it that I did the right thing. And I was home with my family, and that was where I was supposed to be. I only had one that I really struggled with. And he was very bitter, insisted that members would be alive if I was if I had been there,” said Ugland.

These days, Ugland is thriving at home in Rapid City where he continues to receive support from some of the many South Dakota organizations aiming to serve veterans in the community.

“I’m actually probably the happiest and healthiest I’ve ever been in my life, and the Black Hills VA has been amazing part of that and that they’ve always been on my back. Any time I’ve ever needed any kind of assistance or help, whether that be for counseling, for mental health, whether that was for, physical health, they’ve always had my back and been taking really good care of me. I just attended the 9th annual Sergeant Colton Levi Derr Foundation Gala, and they shared a message of hope for those struggling with depression and anxiety, depression, PTSD, and also traumatic brain injuries. And that renewed vision of hope needs to be shared. And it’s out there. There is help out there.”

For more information about the Veteran Honor Banner Project, visit their website here. 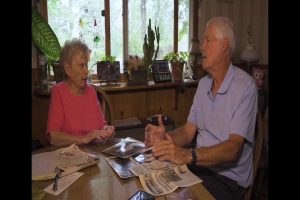 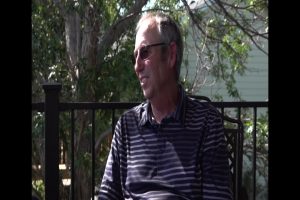 By the time he retired from the Air Force, Russell[...]