On June 9, 1972,  Rapid City suffered one of the most devastating floods in South Dakota history and one of the deadliest floods in this country’s history. Bob Riggio, Chief Meteorologist Emeritus, says, “238 people lost their lives in the flood. Over 3000 people injured, thousands of homes damaged and destroyed as well. Businesses destroyed.”

Susan Sanders, the Warning Coordination Meteorologist at the National Weather Service talks about what flood warnings looked like in 1972.

Sanders explains, “The methods that we had to get information out and also to get information to the weather service so that we would know that there was flooding were so primitive. The Weather Service at the airport at the time had a one way hotline to the studio, the TV studio and the radio stations. And when they came on to announce something, a red light would flash in the studio.”

Sanders admits that the red light would have been easy to miss. She continues, “When the newscast is on, there’s other things going on. Obviously, the station was getting reports of flooding, and so they were probably very busy that night to begin with, very easy to miss that. But they did manage to get that information. So again, very primitive. There was no way for the weather service to

get a hold of people directly. And then we were getting reports from the School of Mines, radar meteorologists, so there was some information about the weather, not just of the flooding back then.

Sanders also describes how much technology has increased in the last 50 years. In 1972, there were a couple of gauges and Sanders says unfortunately one of the gauges was washed away in the flood waters. Today, she says, “There’s a vast network of stream gauges now operated by the US Geological Survey. And so, we can interrogate this information. So not only can we see how much rain has fallen, we can compare that to what the Doppler radar is estimating, and we can see how quickly the stream rises.”

One example is the Hermosa flood in 2007 where the gauges show that the stream went from two feet to almost 15 feet rapidly.


Today, the National Weather Service sees the stream flows in real time. Additionally, we now have the Doppler Radar compared to previously when the National Weather Service had to rely on telephone reports in regards to the location of flooding. Sander explains the improvement the Doppler Radar has made, “The images are much more detailed so the radar images back then were just kind of shadowy and they didn’t specify very well the intensity of storms. So, we could see if the storm was moving or not, but we didn’t get a lot of other information from there. So the Doppler radar is showing the most intense areas of the storm and it shows us the storm movement and it also has those precipitation estimates.”

Susan continues, “Our dissemination methods have increased dramatically. So besides our bulletins that come across the news wire and the teletype services, we have NOAA weather radio. This is a great tool. It’s like having your own siren in your house, you know, especially if you live in rural areas where you don’t have sirens. Sirens are an outdoor warning system, not meant to be heard indoors. These work when people are asleep and don’t have your station on or if the power’s off because they have batteries. And so [the weather radio] will wake you up to let you know that there’s flooding or tornadoes or severe thunderstorms. 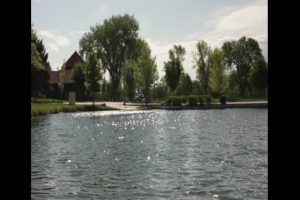 Former Mayor recounts journey from terror to triumph after 1972 flood 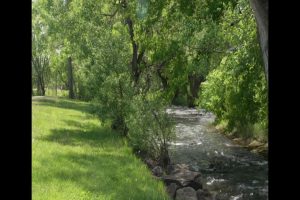