Chief Meteorologist Emeritus Bob Riggio remembers, “Around 7:15, the National Weather Service put out a flood warning. Around 7:15 on that night. And that was just for the Northern Hills. That did not include the Central Black Hills. It did not include Rapid City. So eventually, these storms up around Pactola, began to get bigger and bigger and bigger. And then the National Weather Service said, well, we need to extend it to include the Central Black Hills and Rapid City. That didn’t happen until 8:00 at night.”

Riggio continues, “So 8:00 at night and the one and only TV station we had, KOTA, was running crawls. I’m thinking, well, first of all, I was playing cards at my friend’s house, so I wasn’t watching TV. And the sense of urgency that I was mentioning before, I had no sense of urgency at all because this moisture that was streaming in from the Southeast was passing over Rapid City and feeding those storms upstream of Rapid Creek about ten miles upstream.”

But in Rapid City it was not raining. By 8:00 that night, the flood warning included Rapid City. However, what would you do? Riggio says, “I mean, and you’ve seen it in years past and the creek would rise and the creek would fall and the creek would rise and the creek would fall. And the people that live near the creek, the water certainly never reached their house. So now they’re seeing it again. Flood warning for Rapid City. Let me go look at the creek and go out here. Look at Rapid Creek. Maybe it was bank full, maybe it wasn’t. So there’s no urgency now because it’s not flooding, even though we see this warning being run across the TV screen. So at 10:00 when the news came on, again, they didn’t project, as I understand… again, I wasn’t watching it, but as I have been told, a sense of urgency to the people. It wasn’t until after that newscast that the mayor came on and implored, implored the people that lived along the creek to move to higher ground because the surge of floodwaters coming down from the Black Hills is expected to cause major flooding.”

Riggio believes that the mayor came on to warn about major flooding around 10:30pm that night. Many people were already in bed.  Riggio continues, “After looking at the creek and saying, I don’t see any flooding here, but not realizing that the heavy rain was just maybe ten miles to the west of Rapid City and the Rapid Creek Basin. Heavy rain up there. So, at 10:45, that earthen dam gave way.” Riggio says that a flood warning had been issued but in his opinion a flood is the water rising over the creek bank. What happened the night of June 9. 1972 was something else entirely. “But this was a tsunami I would say, it is like a miniature tsunami. Once that earthen dam gave way you had a wall of water 13-15 feet high rushing down Rapid Creek.”

Unfortunately, the people that watched the newscast and the flood warning, did not know that the dam would give way in as little as 15 minutes later lifting up their homes and carrying them downstream. 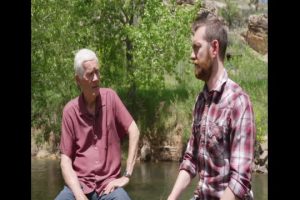 Could the 1972 flood happen again? Chief Meteorologists Bob Riggio and Brant Beckman talk about the changes since 1972: Part 1 and 2 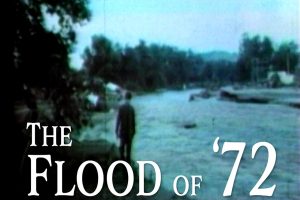 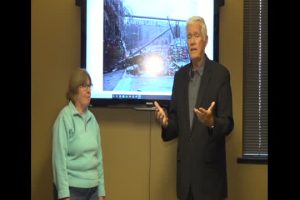