The Tree Lighting Ceremony had a few changes this year

RAPID CITY, S.D. – It was the usual festive atmosphere in Main Street Square with many awaiting the big moment. This year there were quite a few changes, the biggest one being the weather.

“I came out here for snow, for some ice and seeing the tree ceremony,” said Texas resident Trevor Davis.

Unlike last year, snow was nowhere on the forecast and many coats were left at home.

Mayor Allender, who read a proclamation for small businesses, says what seems to have started as a small bother in light of a jam-packed schedule quickly turned into a delight. He says he was glad to have made it.

“Putting it on my calendar sometimes seems like a burden but when I come here and I see all these little kids skating, and I see everybody sometimes with better attitudes than I do then it becomes all worth it” said the Mayor.

Other changes this year, there was no Santa but there was a Grinch. Riley Brock, a figure skater from the Black Hills Figure Skating Club glided to the melancholy tunes of the cynical grump who stole Christmas. She says her favorite part of participating in the tree lighting ceremony is being able to perform to an audience that is closer in proximity.

“When we’re at our rink the crowds are all up in the stands and they just seem like so far away and I can get face-to-face with people over here and talk right to them and scare them. It’s my favorite,” said Brock.

Her coach says the warm weather made the ice soft but the overall temperature made way for a smooth production.

“This year the weather was perfect especially for this later performance you know it was cold, ice was a little bit harder so the soft ice was probably the biggest challenge,” said Black Hills Figure Skating Club Coach Kayleigh Schmidt. Connect With Us – Legislative Outlook 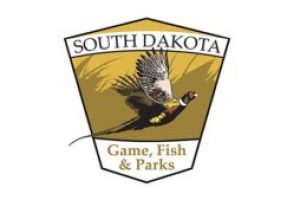