As disastrous as this may seem when it comes to wildfires, major wind events that frequent South Dakota haven’t caused as much scorched earth, and prescribed burns throughout the Black Hills have certainly helped.

Home owners in the area may not particularly threatened right now, but Chris Stover, of the Mystic Ranger District, which is apart of the U.S. Forest Service, says that people should still be on alert.

“We’ve found in the last few weeks, the Black Hills have been pretty successful doing some prescribed fire,” Stover said. “Because of these dry conditions, the fires are burning really really well for us. So that being said, that means the fuels are dry and that people need to be aware of what they’ve got going on out there.”

Stover says that the prescribed burns in Hill City in the Long Draw Project and the Beartown Project have put the forest service in a good spot to fight fires safely in those areas.

The dry conditions have made for a time of caution and a brief reminder of South Dakota’s third largest fire in 2018.

“The fuels are available and with wind, we could have problems this time of year,” Stover said. “Legion Lake should be a pretty good warning to us because the conditions we have now are not unlike 2018.”

Residents of the Black Hills can take proactive steps to help keep the threats at bay with the upkeep of their homes.

Stover says, for those cutting firewood, make sure your spark arrestor is clean on your chainsaw. He also says to not park in tall grass and be cautious of where you’re parking. He says that by managing fire during this time of year, it will help them when they have to fight in during firefighting season in the summer.

“You can rake your needles, you can keep your decks clean, you probably want to think about making sure your gutters are clean right now, you know, because there are needles coming off the pine trees, lots of leaves, that kind of thing,” Stover added. 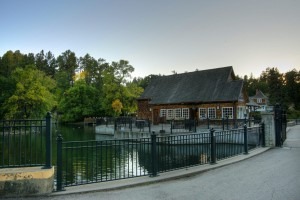 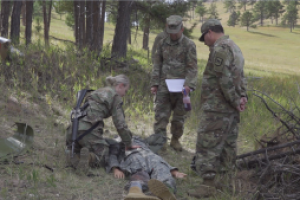 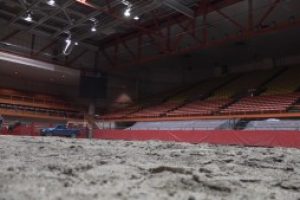