EPA is issuing these permits based on Powertech’s applications, the agency’s Safe Drinking Water Act authorities and regulations, and a public comment process that began in 2017. The permits issued this week have been revised based on a thorough review of all technical and regulatory information associated with the project and public comments, and also include specific requirements to protect groundwater resources as current and future sources of drinking water under the Safe Drinking Water Act in the proposed project area.

“These permits reflect many years of evaluation and public comment on Powertech’s applications to recover uranium from ore-bearing formations at the Dewey-Burdock project location,” said EPA Regional Administrator Gregory Sopkin. “EPA’s final actions are based on a thorough consideration of scientific, technical and regulatory aspects of the permits, and a review of all comments received, including those received during tribal consultation. This process has contributed to the development of requirements that will protect the region’s groundwater while enabling the safe recovery of valuable uranium resources.”

One permit is a UIC Class III Area Permit for injection wells for the ISR of uranium, while the second is a UIC Class V Area Permit for deep injection wells. The UIV Class V Area Permit will be used to dispose of ISR process waste fluids into the Minnelusa Formation after being treated to meet radioactive waste and hazardous waste standards. EPA is also in the midst of finalizing an aquifer exemption approval in connection with the Class III Area Permit, which would allow for resource recovery in the uranium-bearing portions of the Inyan Kara Group of aquifers.

The EPA did include protective measures in both permits, which will authorize the safe operation of multiple injection wells within the project area. These include requirements for the treatment of Class V injection fluids to ensure injected fluids are not radioactive or hazardous waste, and extensive monitoring of the areas surrounding the Class III injection wellfields before, during, and after ISR operations to ensure all regulatory standards are met. Additional permit requirements include securing financial assurances and testing related to the proper operation, management and closure of injection wells, as well as extensive recordkeeping and reporting. These requirements will protect groundwater resources at the project site, including the Madison Formation, a prolific aquifer and a source for public drinking water systems.

Opponents of the uranium mine – notably the Oglala Sioux Tribe and Black Hills Clean Water Alliance – have filed an appeal to the NRC Commission related to identification and protection of historic and cultural resources.  These groups also voiced concerns that tribal input was not accepted, and that groundwater testing was not completed on the proposed disposal aquifer, which BHCWA states is currently safe for drinking.

In a press release, Powertech says they are focused on working with the EPA to obtain the final Class III and Class V UIC permits in the near-term, and also that they don’t believe the appeals filed to the NRC will be granted.

Black Hills Clean Water Alliance states that 10 permits would be required to begin mining, with Powertech only currently possessing three – one of which is held up in the appeal.

In parallel with advancing the Dewey Burdock Project on the permitting front, they plan to continue to evaluate project-financing options, with a view to having a funding solution in place prior to or concurrent with the finalization of permits. 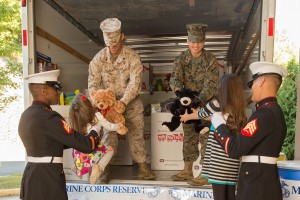 Toys for Tots of the Black Hills begins Holiday Campaign 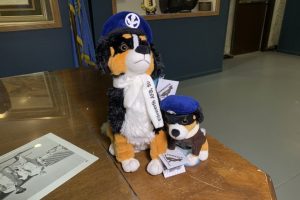 Decal Danger: How Much Does Your Car Say About You?